David Cohn once wrote, “The Delta begins in the lobby of the Peabody Hotel in Memphis and ends on catfish row in Vicksburg.”  Let’s begin our Blues travels in Memphis.

You will be staying at The Peabody Hotel, a Memphis landmark for over 100 years that offers high-end accommodations in the center of downtown.  The lobby piano bar is great for people-watching. The hotel is just a few minute’s walk from Beale Street, famous for its blues bars (W. C. Handy’s 1916 song Beale Street Blues).  The Gibson Guitar Factory is within easy walking distance of Beale Street and they offer a guided tour.

Visit the Stax Museum of American Soul Music named for the influential label that recorded such talents as Otis Redding, the Staple Singers and Isaac Hayes.  The origins and history of Blues music are inextricable from the experiences of African Americans and the Civil Rights movement so visit the National Civil Rights Museum.

No trip to Memphis is complete without a visit to Graceland, the home of Elvis Presley, meticulously preserved as a time warp to 1960.  Furry walls?  Check.  Jungle Room?  Check.

Highway 61 South forms a legendary route along the Mississippi River evocative of a delicious slice of Americana.

Leave Memphis via Highway 61, the Blues Highway.  Travel south to Tunica and visit the Gateway to the Delta Museum which helps tell the story of the origin and development of Blues music.  Experience the Mississippi River at the Tunica RiverPark.  You might opt for a river cruise on the Tunica Queen which lets you enjoy the Delta from the river’s point of view. Grab a bite to eat at the Blue and White Café or the Hollywood Café.

Clarksdale and Coahoma County host a colorful mix of Delta characters making it a mecca for Blues enthusiasts. Visit the Delta Blues Museum. See the crossroads where Robert Johnson pledged his soul to the devil. Stay at the quirky Shack Up Inn. There are several venues with live Blues music including Morgan Freeman’s Ground Zero.

A small town located on the banks of Deer Creek.  This is the childhood home of Muppets creator Jim Henson and his inspiration for Kermit the Frog.  The Hwy 61 Blues Museum is a must see for the Blues lover.  Leland was home to James “Son” Thomas for many years and was the childhood home of Johnny Winter.  The Thompson House is a beautiful B&B on Deer Creek.  Favorite eateries include Vitos Marketplace, Lillo’s, Cicero’s and Fratesi’s.

From Leland head east on Hwy 82 to Indianola home to the state of the art B. B. King Museum and Delta Interpretive Center.  It honors the history of Blues music and the cultural heritage of the Mississippi River Delta while telling the story of King’s life.  Historic Club Ebony and nationally known 308 Blues Club & Café offer local and regional blues, rock, country and hip hop music.  The Blue Biscuit and The Crown are favorite eateries.  From Indianola head back west to the Blues Highway and journey south to Rolling Fork.

Rolling Fork is a small town deeply rooted in history.  From the Blues, to the Teddy Bear, to a tragic love story, this community has unique stories to tell. Stop in the Rolling Fork Visitor Center and Museum to hear these stories and more. The father of modern Chicago Blues Mckinley “Muddy Waters” Morganfield was born here.  See his blues marker, memorial gazebo and replica blues cabin on the courthouse square. (The Visitor Center houses a Rolling Stone/Muddy Waters album signed by the members of the Rolling Stones in honor of Muddy and his influence on their music.)  While in town go on the Carved Bear Hunt.

Stop at the new Theodore Roosevelt National Wildlife Refuge Visitor’s Center. Experience an introduction to the wildlife and nature of Mississippi’s South Delta in the educational buildling.

A historic city located on the bluffs above the Mississippi River, Vicksburg is known for its National Military Park commemorating the 47 day Siege of Vicksburg during the Civil War.  The city offers an array of B&Bs, tour homes, galleries and restaurants.  And since we’re following the blues, enjoy live Blues music most evenings at Ameristar Casino’s Bottleneck Blues Bar. Make the Art Park on Catfish Row your final stop on the tour – the place where according to David Cohn, the Delta ends.

Note to travelers : Please check with the facilities in advance to confirm any closure dates and admission charges. 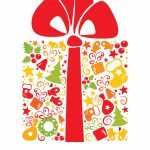 Several of our Central and Lower Delta small towns are celebrating Christmas this December with parades and other festive activities to get everyone in the Holiday mood. We want to encourage you to take in an event or two in these … END_OF_DOCUMENT_TOKEN_TO_BE_REPLACED